Be careful with your controls. 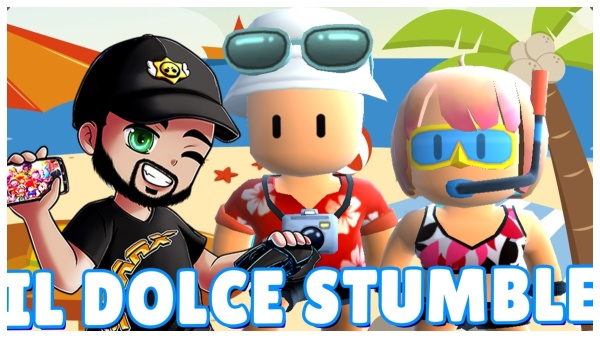 Last year, Kitka Games released a massively multiplayer action game called Stumble Guys on Android, ios, and Microsoft Windows. As one of the classic knockout games, Stumble Guys quickly has been welcomed by millions of diehard fans owing to its cute characters, user-friendly interfaces, and more features. Next, we will share our first impression of Stumble Guys.

Jump, dodge, run and cross the finishing line at #1 in Stumble Guys!

Although there are not hundreds of different stages, these levels are enough to show your skills. From now on, I think, more practices maybe help you a lot, facing following the not easy levels.

Furthermore, a real-time battle mode, to some extent, gives players strong immersion and thrilling feelings. Once you start a game, you will engage in a new battle within seconds without waiting for a long time. When your game is over, Stumble Guys will automatically switch you to watch others' matches. 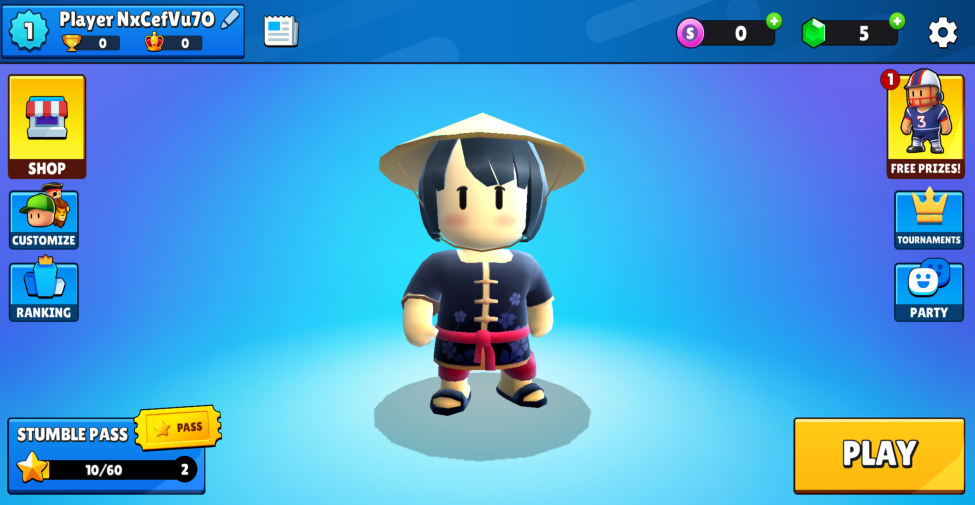 In the customization part, we will introduce five parts. The only totally free one is the color part, like purple, yellow, blue, and orange. The rest four parts are skins, emotes, animations, and footsteps. Within these four parts, apart from some original free sets, the remaining customizations are needed to be unlocked by paying money. For example, when you win a game, there are many actions for you to choose to express your happiness. The footsteps part is also very cute, which means you can see your footsteps when you walk and run. 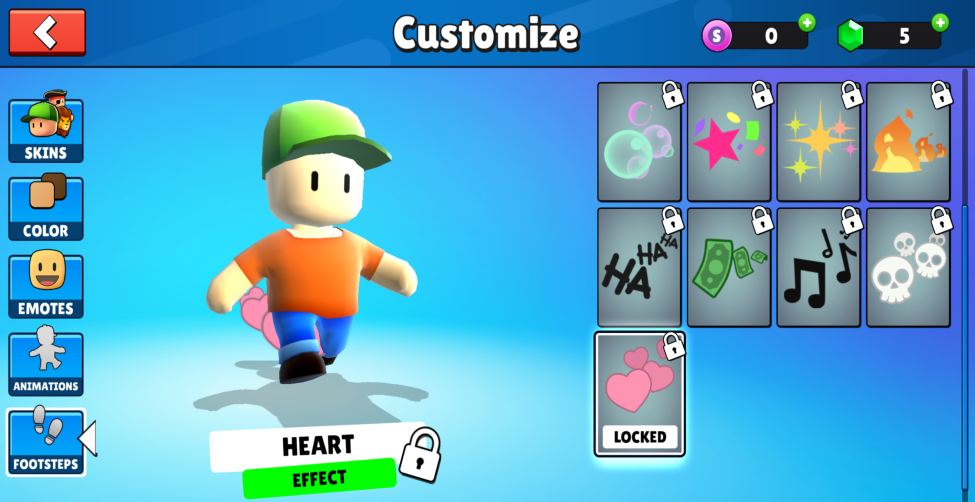 Pay to Win? Definitely not

Stumble Guys is definitely not a pay-to-win action game. It is totally free to play, otherwise, you want to do special and unique customization. Of course, it also provides in-app purchases to buy green gems and money, which aims to do customization as we said before. 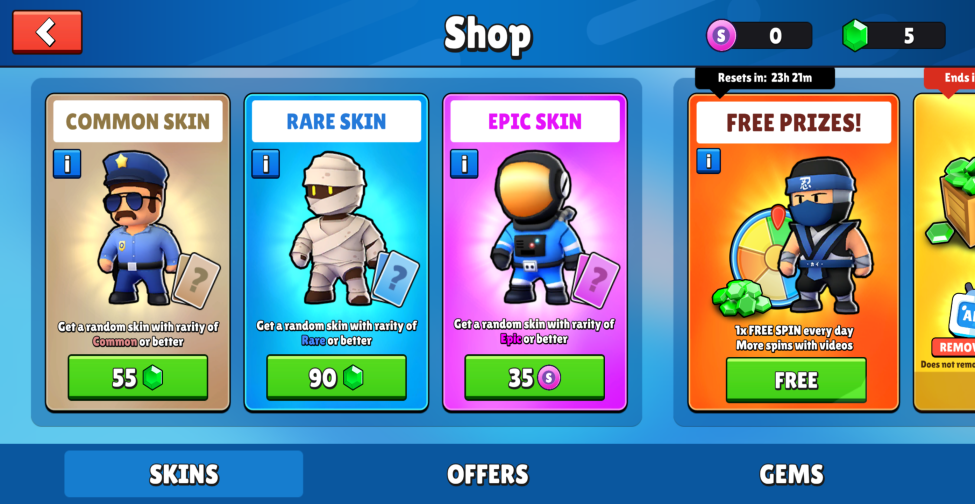 By choosing Local and Global, players will see the top 100 expert players between Trophies and Crowns. Moreover, if you want to challenge yourself when you do a good preparation, you can click Tournaments, where you will get rewards if you are a member of the winners. 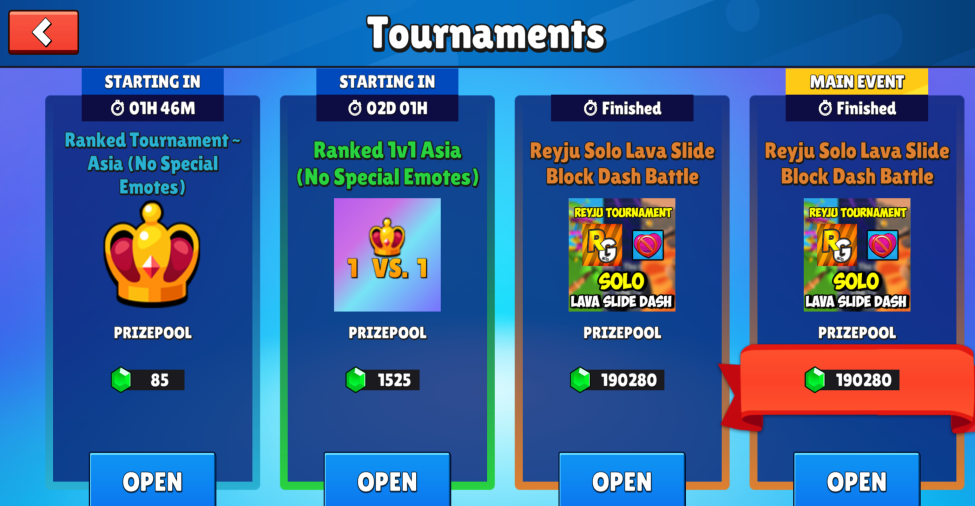 In a nutshell, Stumble Guys creates a funny but thrilling atmosphere, which spurs your nerves on every moment until you drop. Inviting your friends together is an effective way to get double happiness! Click Party on your right hand.

In the beginning, you may feel not familiar with the controls, try more practice. Or to adjust the button size in the Settings. 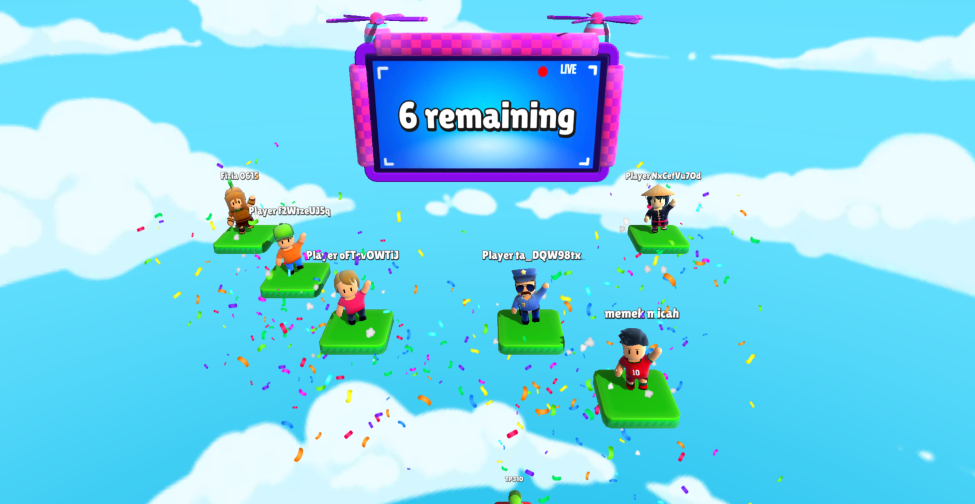 - Not easy to control

Jump, dodge, run and cross the finishing line at #1 in Stumble Guys!