This article will give a brief introduction of PUBG MOBILE Hero Jinx background and combat statics. 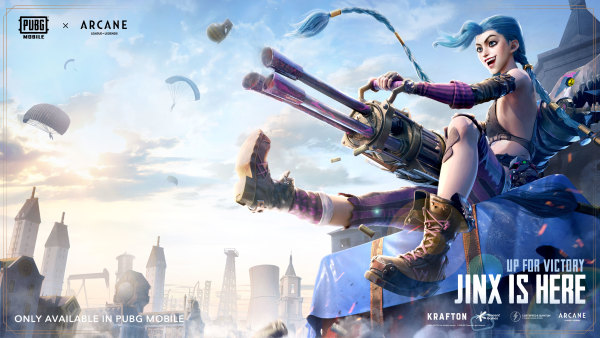 Mirror Island descends in PUBG MOBILE as the two dimensions merge. Four mysterious heroes from another world will appear on Nimbus Island in Erangel to fight against the Firelights.

PUBG MOBILE TV's special correspondent, Andy, will explore the deepest corners of Mirror Island to give everyone the most realistic coverage of battles on Nimbus Island and uncover the mysteries of the 4 heroes for you.

To most people, Jinx is a dangerous, maniacal girl from Zaun, and has earned her a certain reputation among many people.

They have said that she is neurotic, manic, impulsive, capricious, notorious for her misdeeds, and was born to sow destruction without any regard for the consequences.

On Spawn Island, she throws explosives everywhere from her powered board, sprays graffiti all over the zeppelin along the flight route and runs amok on Mirror Island. Every now and then, she mumbles: "Double the Jinxs, double the trouble!" 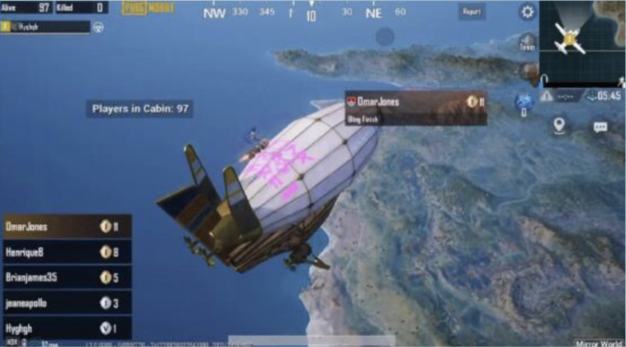 All the warriors have a deep impression of her because she seems to be everywhere.

In Piltover, people say that monsters are scary enough, not even they dare to get on the wrong side of Jinx.

Jinx's deadly firepower is not a joke as her 80-round PowPow, the Mini Gun is more than enough to make her enemies miserable. But when she shoots, her movement speed will decrease and she won't be able to perform other actions, So you'll need to pay attention to your movement and try not to let enemies attack you at close range. As she continues to shoot, PowPow, the Mini Gun will become more accurate and shoot faster.

Once she charges enough Energy from shooting, Jinx will give her enemies a taste of her rocket launcher.

Jinx must be stationary to use her ultimate skill, and it takes a bit of time to assemble her rocket launcher, so you should pick the best moment to use it. Also, it's advised to use it when you have a cover. That being said, one blast of her ultimate skill is all it takes to send all the enemies within range into the air.

Meanwhile, the cunning Jinx will use the recoil of her rocket launcher to escape from enemies closing in on her.

"Blowing things up on this island for the rest of my life sounds like fun." After casually defeating some monsters, Jinx enthusiastically starts a new day of fighting on Mirror Island. 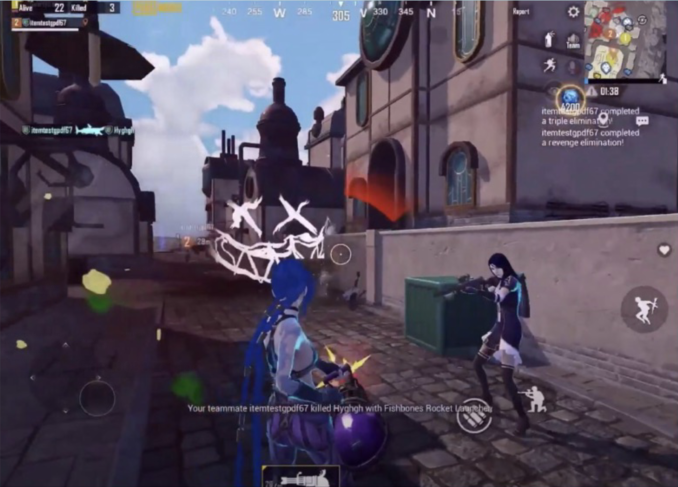